Some images from the Society’s trip to Jerpoint

Some images taken from the Society’s annual outing 2022, which was to Jerpoint Abbey in Co Kilkenny. 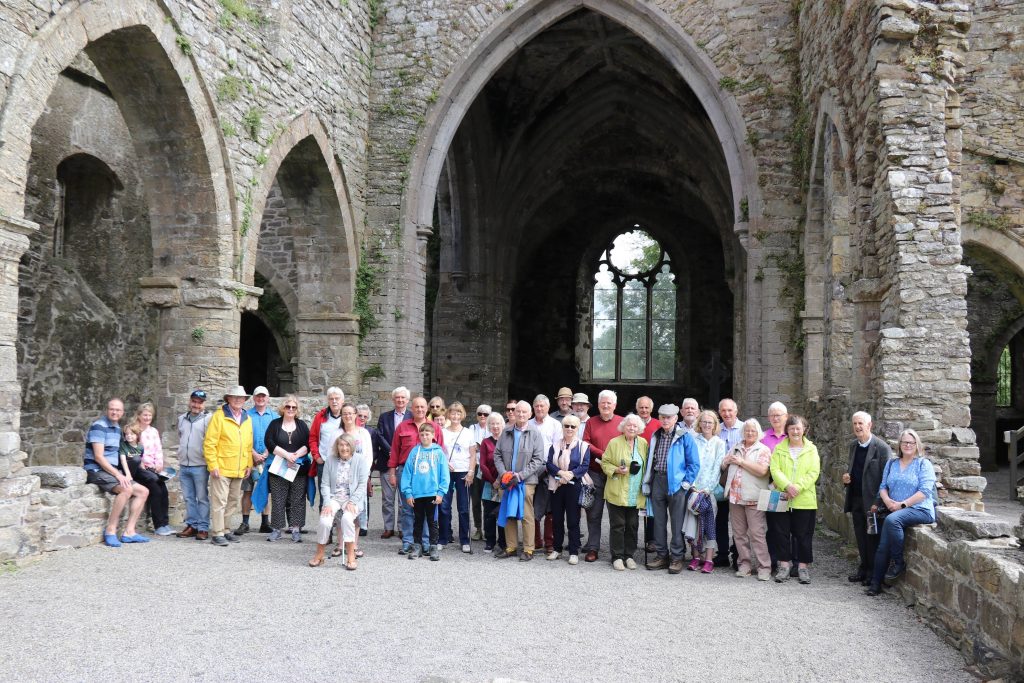 The group enjoy the tour of Jerpoint Abbey. The Gothic east end window of the church is visible in the background. 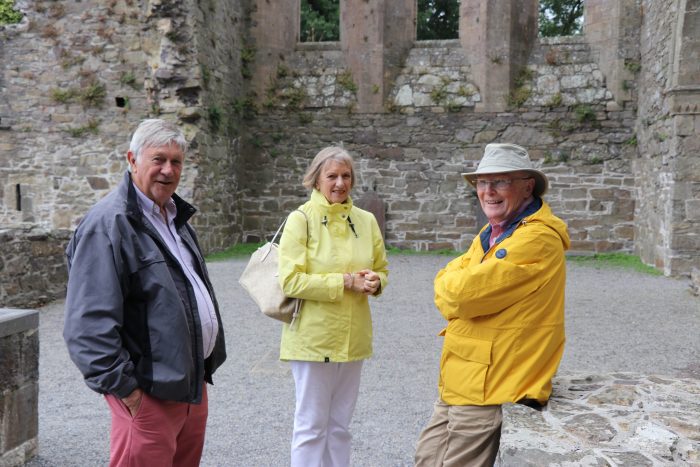 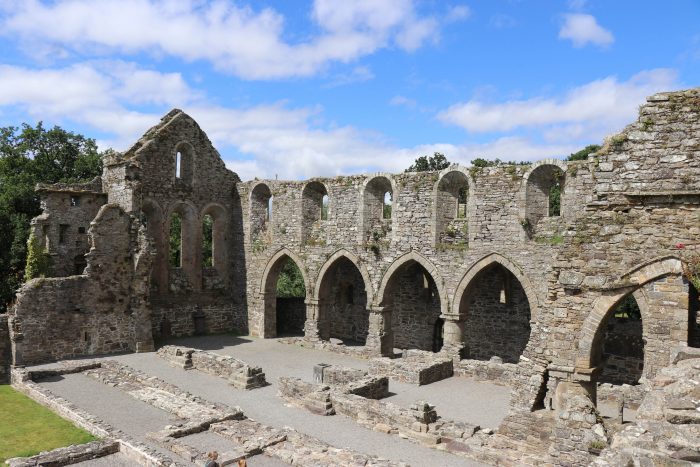 An eagle eye view of the north range of the Abbey 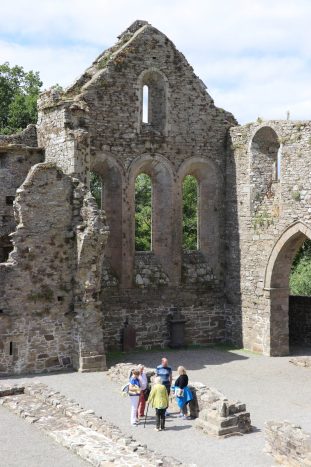 Society members discuss the 12th century Romanesque arches in the east end of the church. The west end windows were later replaced by Gothic arches. Jerpoint Abbey reflects the change in architecture. 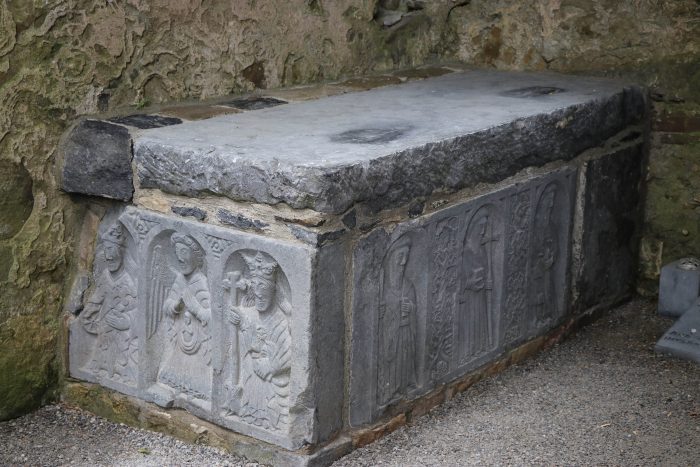 Detail of one of the tombs in the North Transept. In the foreground we see Catherine of Alexandria, the Archangel Michael and Margaret of Antioch. These tombs are attributed to the O’Tunney school of carving. 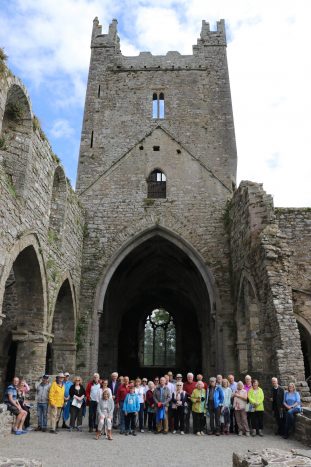 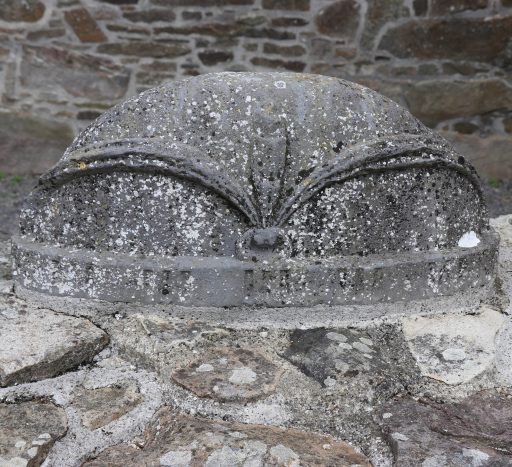 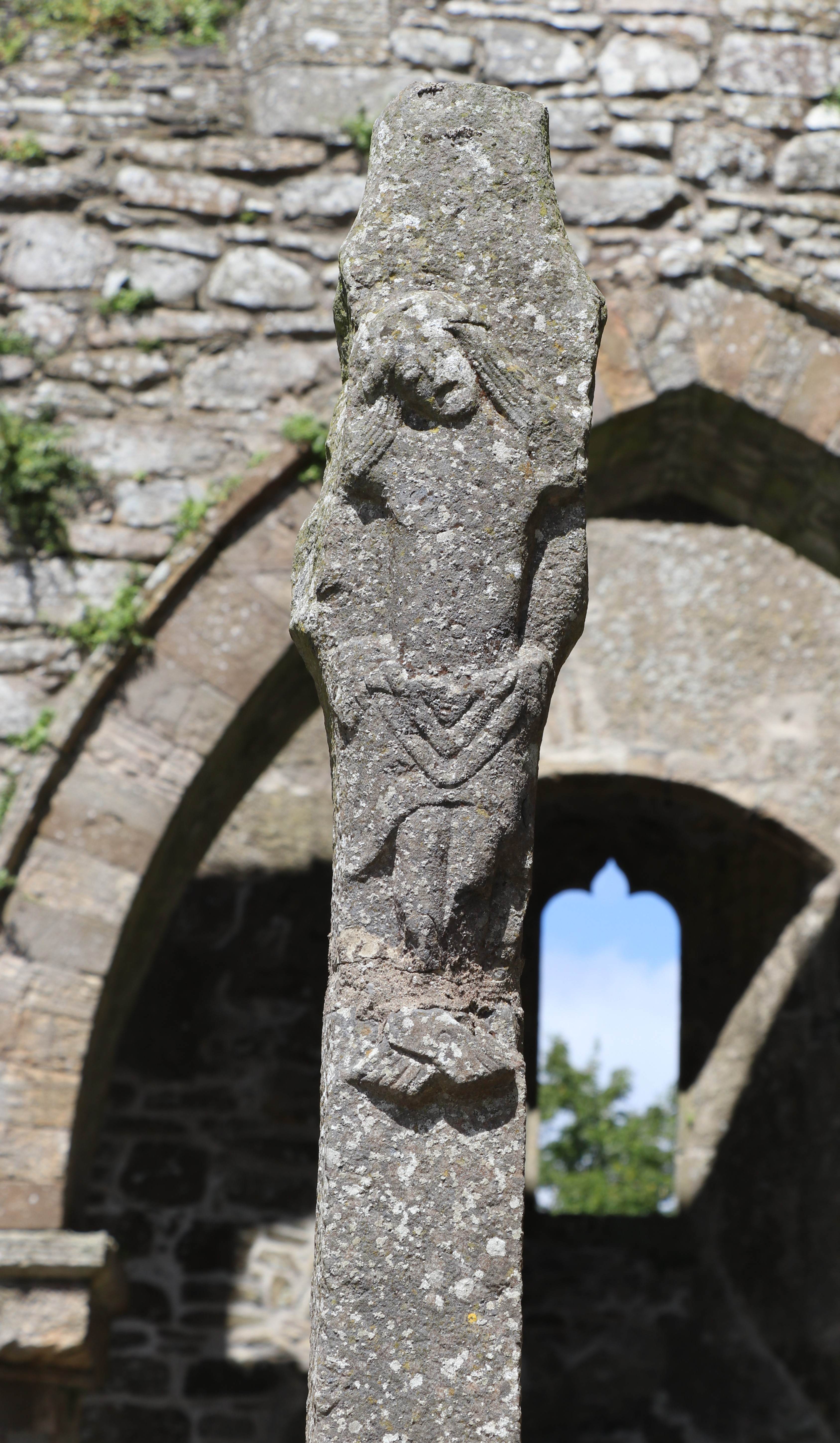 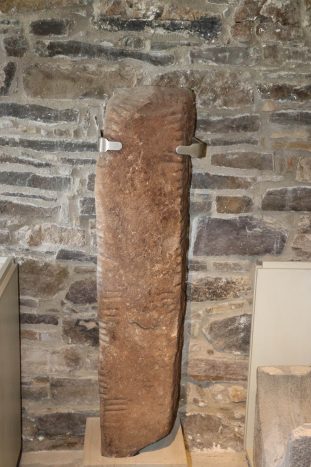 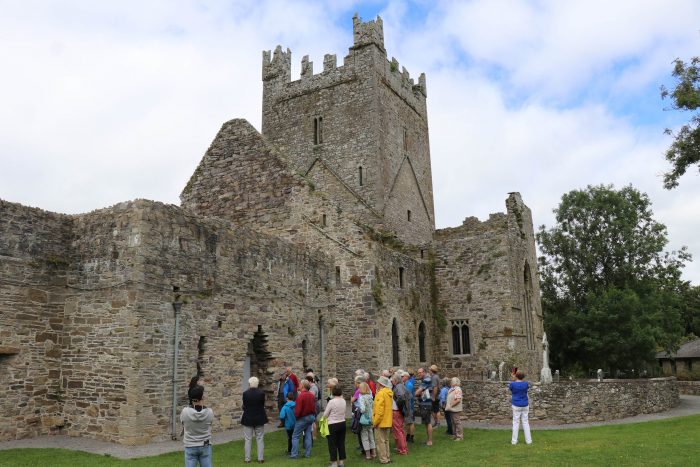 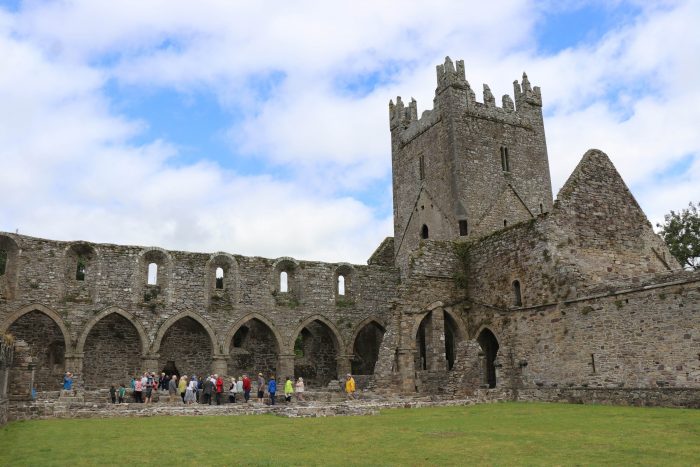