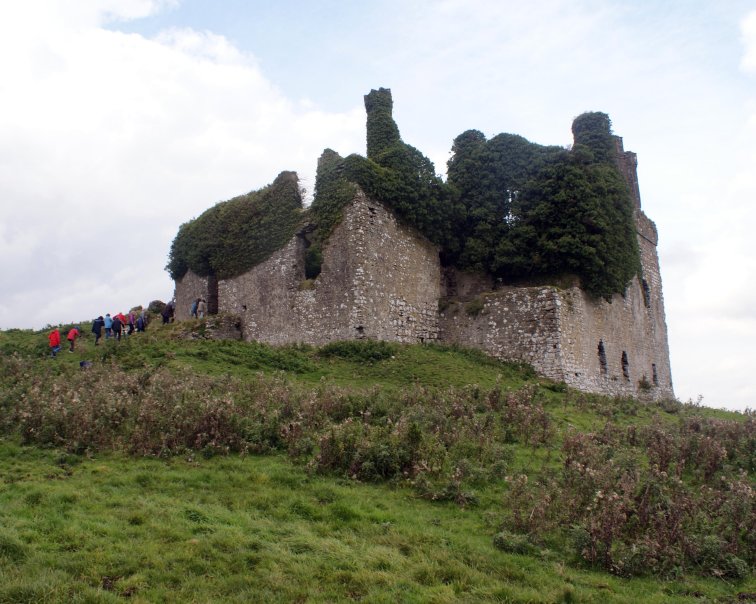 Upon meeting shortly before 3 o’clock, over thirty intrepid members of the society proceeded across fields to the ruins of Carbury Castle. The weather held and those present were treated to a very interesting and informative lecture by our President, Con Manning, on the history of this fine ruin that for centuries has been an integral part of the Kildare landscape. 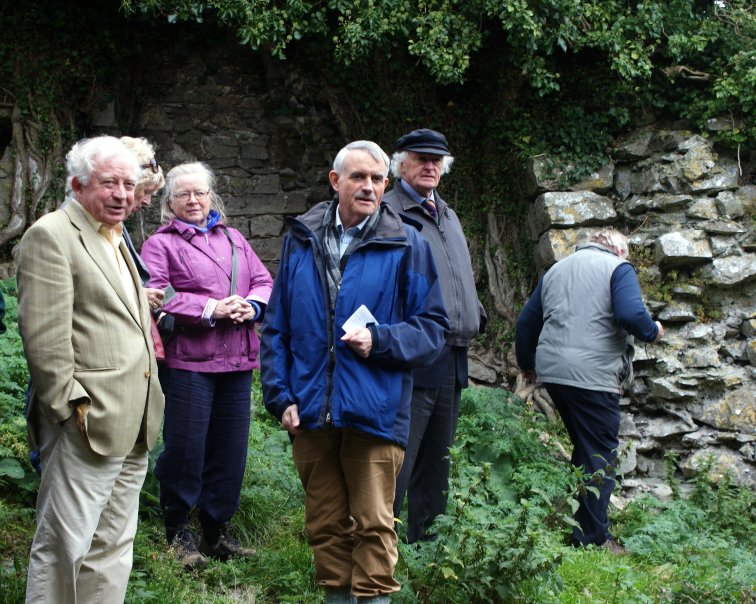 We heard that the village of Carbury, which takes its name from one of the sons of Niall of the Nine hostages has been a centre for social and political activity since earliest times. Burial mounds on a hill near the castle, excavated in the 1930’s and reported on in the journal of the RSAI point to structures similar to those found on the Curragh.

With the arrival of the Normans we were told that the lands were granted by Strongbow to the FitzHenrys, before the lands again reverted to the Marshalls. The de Berminghams followed and oversaw the site until eventually the area reverted to the Crown who in turn granted it to the Colloys in the 1540s. 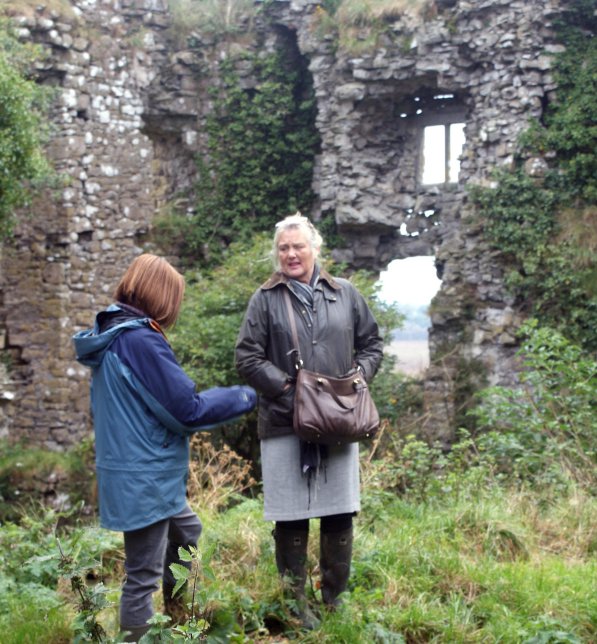 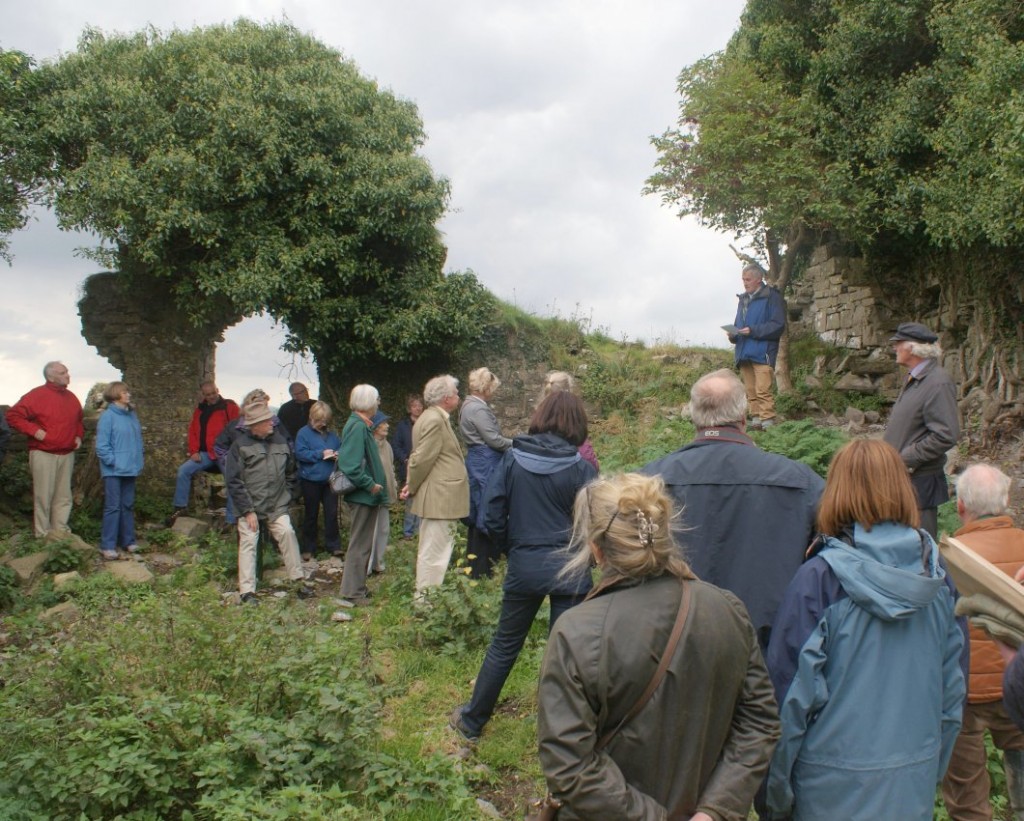 Con gives the history of the castle

The Colloy family prospered with ne being knighted and another marrying the daughter of Archbishop Loftus of Dublin. The castle remained in Colloy occupation until one of the last of the family married Arthur Pomeroy and decided to build the nearby Palladian mansion, Newberry Hall, which can be seen across the fields from the castle. The castle having been left unoccupied quickly fell into ruin.

Following the talk in the castle the group braved a herd of curious cattle and entered the cemetery that is also on the site. The graveyard contains many interesting stones and the mausoleum belonging to the Colloy family, ancestors of the Dukes of Wellington. 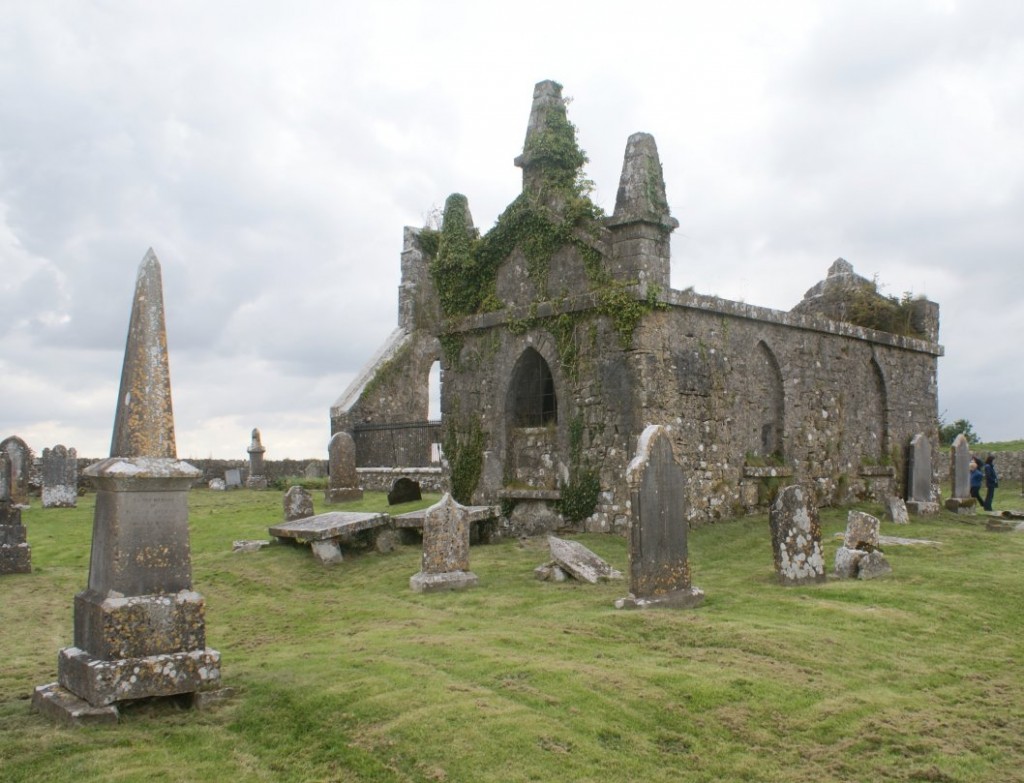 After our visit to the site at Carbury the group drove the relatively short distance to Drummin House the residence of Mr. Grattan de Courcy-Wheeler. Here we were entertained to a very informative and warm talk on the history of the successive families that have lived in this fine house and the area in general. Following an extensive tour of the house we invited to have a tea prepared by our hosts. The spread of sandwiches and cakes was judged by many to have been one of the finest the society has enjoyed in some time! 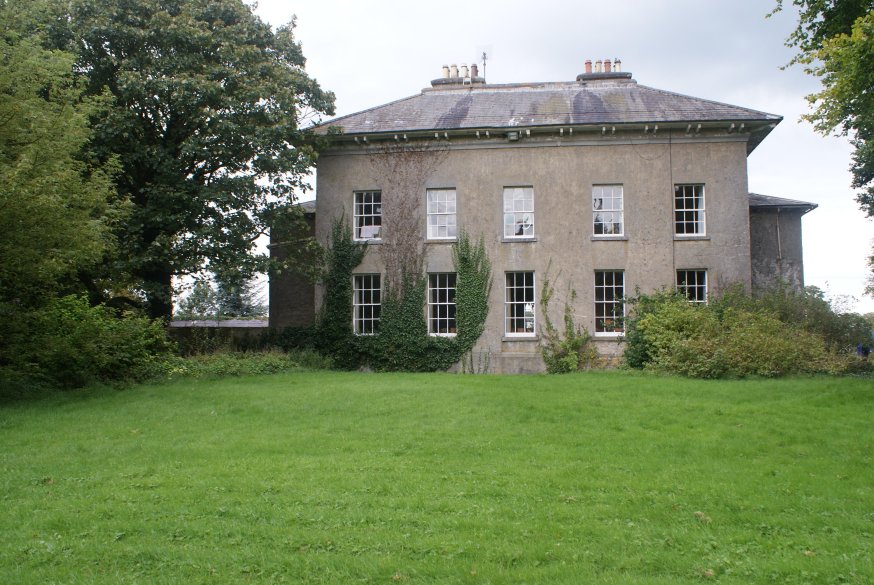 Sincere thanks are due to the Potterton, and Beattie families as well as Mr. de Courcy-Wheeler and Mary Donoghue for all of their assistance and for making the members feel so welcome. 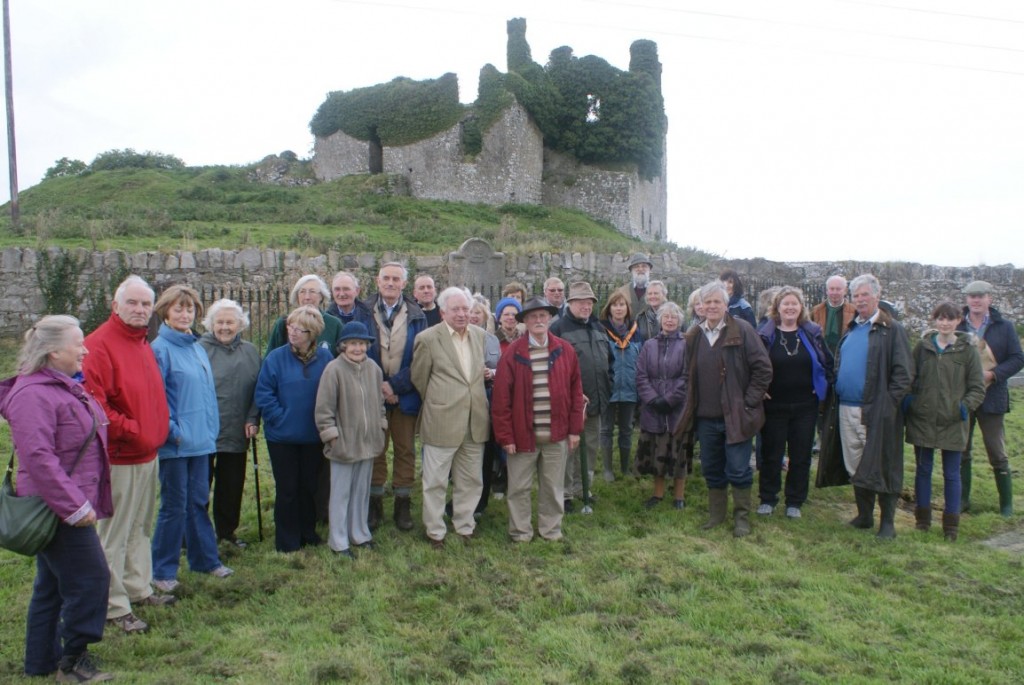 Group with Carbury Castle in background