The annual excursion of the Society took place to County Cavan on Sunday 26 July 2015 under the guidance of Con Manning.  Despite the inclement weather there was a very large attendance with members making their way by the official coach and by private transport.

Events began at the Cavan County Museum in Ballyjamesduff where members visited the largest outdoor replica of WWI trenches open to the public in either Ireland or the UK.   Included are sound and visual effects to enhance the experience and to provide visitors with some idea of the life which the soldiers had to endure in the trenches. The trenches are built in accordance with the specifications in the manuals of the Irish Guards and which were used by the Royal Irish Fusiliers at the Battle of the Somme in 1916.   Over 6000 sand bags were used in its construction.

Later the members were given a most enthusiastic welcome in the Museum by the Curator, Savina Donohue.  The Museum is housed in an exquisite Georgian building situated in the shadow of the lakes and drumlins of the County Cavan countryside.  The building which was designed by the famous architect, William Hague Jr., was purposely built in the 1880s as a convent for the Poor Clare order of nuns.  The convent closed in 1992 and afterwards the building was acquired by Cavan County Council for use as a County Museum.  In her welcoming address, Savina Donohue, referred to the efforts of the County Council in establishing the museum and the support it received from the local community organisations and individual contributors.

The museum has a number of exhibitions expressing the culture of the county, amongst which being of particular interest to the Society members, was the Clogh Oughter Castle exhibits.  These artefacts mainly arose from the archaeological excavations carried out under the direction of Con Manning in 1987, in his official capacity (day job) connected with the conservation work on the structure.  Paying tribute to this work on Clogh Oughter and the remarkable finds from this work, Savina, proceeded to point out the other exhibition galleries and unique artefacts dating from the Stone, Bronze and Iron Ages up until the twentieth century.  The displays of significant interest include the Killycluggin stone and the three-faced Corleck Head, the medieval Sheela-na-Gigs and the 25 foot long Lough Errill log boat which is over 1000 years old.  Fittingly there is the nun’s gallery which displays the nuns at work in both the school and at prayer and a model of the famous Anglican Bishop Bedell.   Other engaging exhibits include the Great Famine, Percy French, the Lords Farnham and the GAA in Cavan, including their four All-Ireland successes. The Farnham Gallery was of particular interest which included displays, photographs, mementos, letters, war medals, papers relating to the family and some magnificent portraits, which Savina pointed out, were entrusted to the museum by Lady Diana Farnham.  Incidentally, Lady Diana is one of Queen Elizabeth’s ladies-in-waiting and played a leading role during the Queen’s recent historic visit to Ireland.

The President expressed the appreciation of the Society to Savina and her colleagues for a most hospitable reception and her informative outline of the exhibits.  He congratulated all involved in establishing such a wonderful facility to enable the display of such an array of material.  Expressing the views of many of the members, the President expressed the hope that Kildare County Council would follow the Cavan authorities in establishing a similar facility to display the many artefacts out of reach to the public. 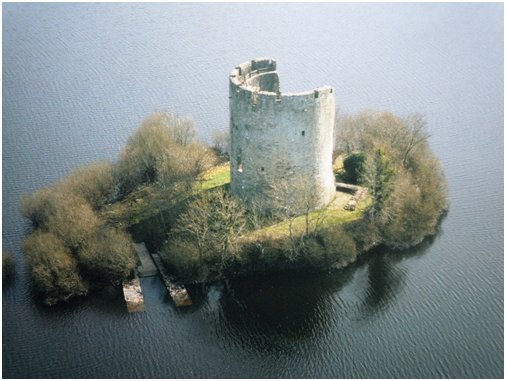 The party proceeded to Clogh Oughter where most of the members braved the rain and midges to board the small boats and cross to the tiny island to view the castle at close hand.  Con Manning, who as stated earlier, directed the excavations at the castle, gave a very detailed account of these excavations together with a history of the castle.    He pointed out that virtually all the material found related to the last half-century of its use up to the period of the siege, surrender and destruction of the castle in 1653.  The castle was originally built on a mainly man-made island by the de Lacys around 1220 ending up with the local O’Reillys clan until the Plantation of Ulster when it became an (English) government stronghold under Hugh Culme.   After the outbreak of the 1641 Rebellion, the castle was captured by the insurgents until surrendered under heavy bombardment by Cromwellian army in 1653.  The Anglican Bishop Bedell, under whose patronage the Old Testament was translated into the Irish language was held prisoner for a period at the castle and died shortly after his release in February 1642. The Irish military leader Owen Roe O’Neill died at Clogh Oughter in 1649. 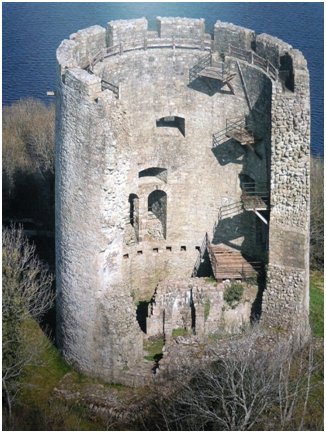 Following Clogh Oughter the party stopped at St. Fethlimidh Anglican Cathedral of Kilmore which is situated on an elevated site close by. Churches have existed at this location since early Christendom and following the Reformation the church became a cathedral for the Diocese of Kilmore.  Construction of the present cathedral was completed in 1860 on a design by William Slater and the old cathedral was converted into a parochial hall.  During construction a Romanesque doorway dating to the late twelfth/early thirteenth centuries placed in the northern transept of the new Cathedral. The doorway is decorated with animals, foliage and various shapes. Some opinions suggest that this doorway was taken from a monastery on Trinity Island in Lough Oughter, while others suggest, that it was moved from the cathedral it had replaced.  Bishop William Bedell referred to earlier is laid to rest in the adjoining graveyard while the cathedral also possesses the original copy of his translation of the Old Testament into Irish. 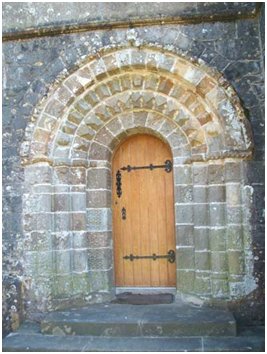 Photograph thanks to Cavan County Museum

The Dinner to conclude the excursion was held in the Radisson Blu, Farnham Estate. During Dinner, appropriately, Cavan native, Brian McCabe provided the members with a most informative historical account of the area.  This included his home town of Virginia, called after Queen Elizabeth I – the virgin queen, which was patened to be built under the terms of the Plantation of Ulster. However, it took a number of attempts to build and passed through many owners of the area over the course of history ending with the area coming under the Taylors or Taylour family – the marquess of Headfort.  Brian also referred to the acquisitions and demise of the major landed estates in particular the great estate of the Maxwell family who became the lords Farnham and at their peak were the owners of 24,000 acres.  By the 1960s part of the great house had to be demolished.  Following the death of the 12th Baron in 1901, by which stage the estate had been reduced to c. 1,200 acres (100 acres in lakes), the estate was sold by Lady Diana Farnham to the McCabe family who in conjunction with the Radisson Blu group have developed a most magnificent hotel.

In conclusion the President thanked Con and Brian for making the day such a wonderful success.  He thanked the chef and staff of the Radisson Blu for a superb meal served with great efficiency and wished the hotel management every success in the future.  The President also extended a special word of thanks to Mary, Bernadette, Darina, Michael and Siobhán for their efficiency and logistic skills in organising the excursion. 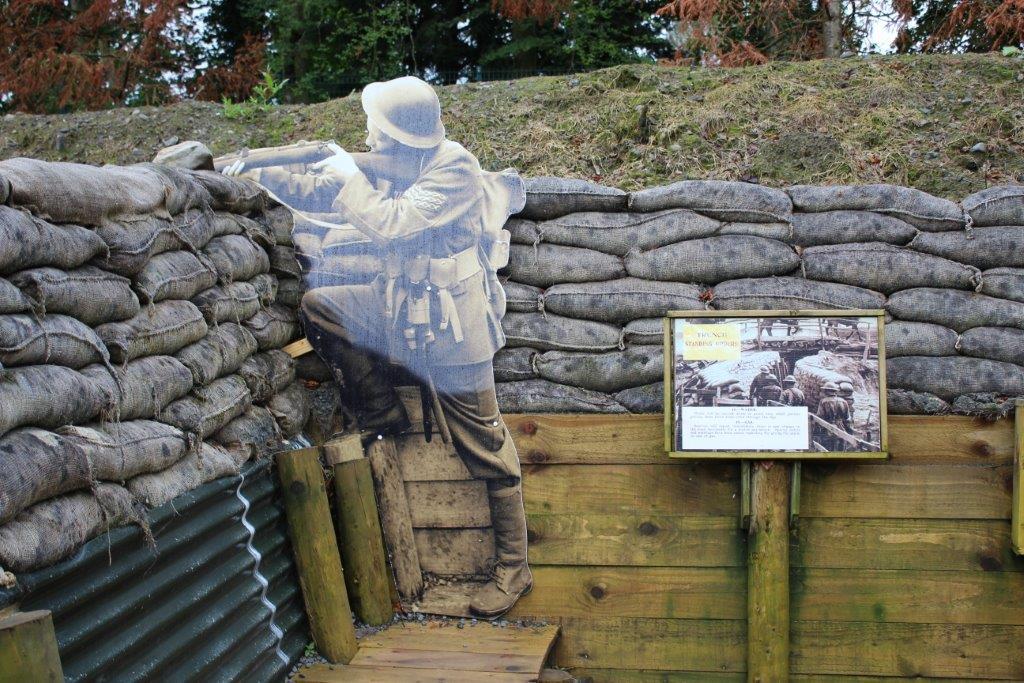 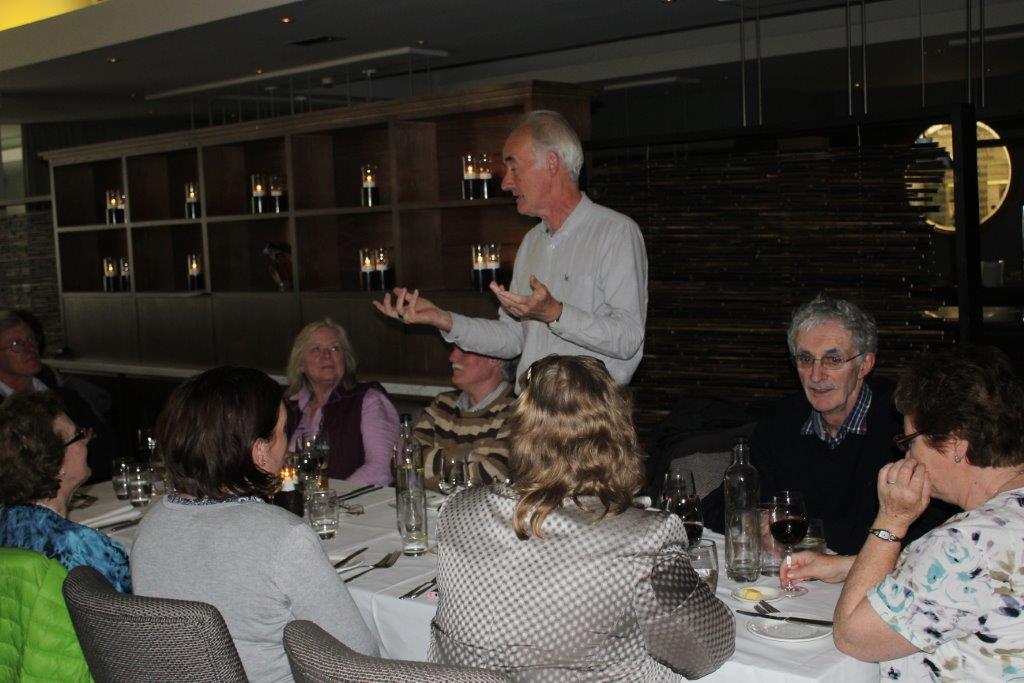 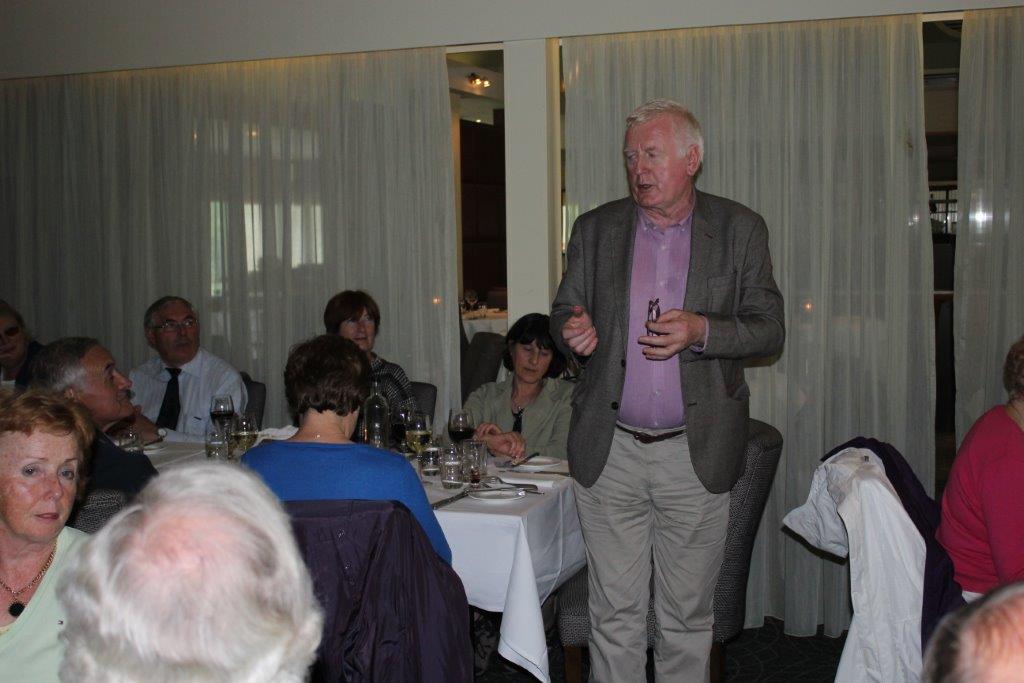 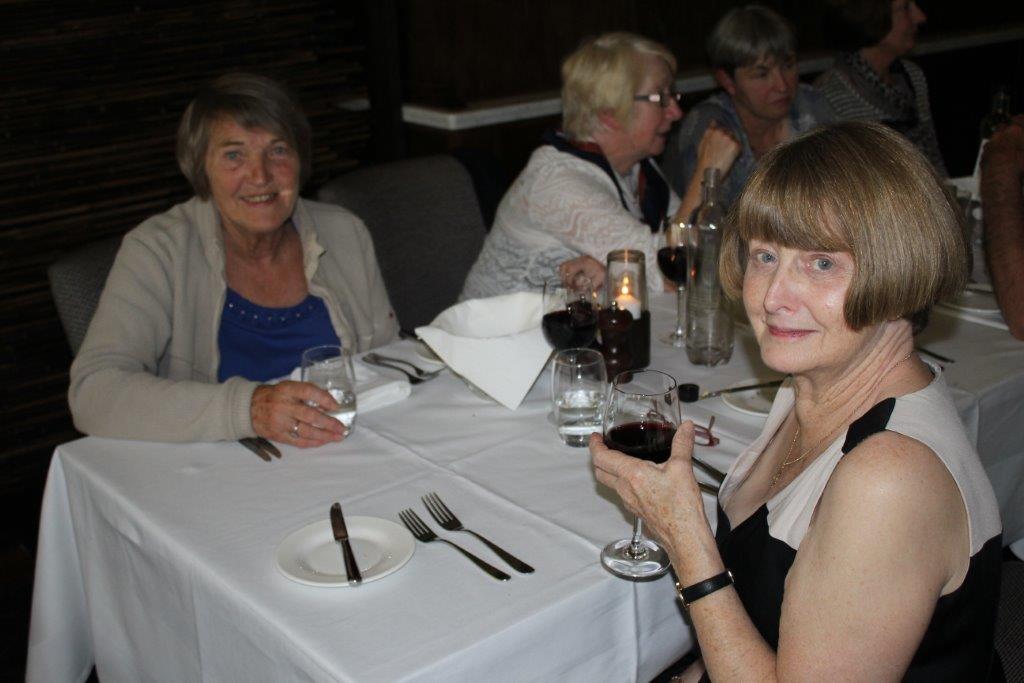 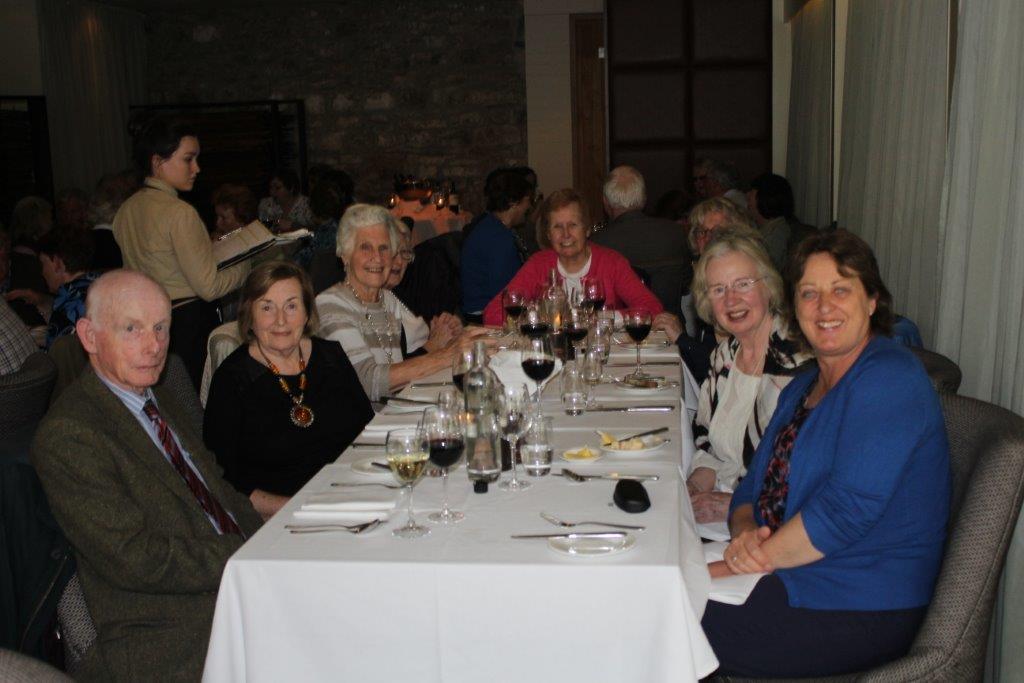 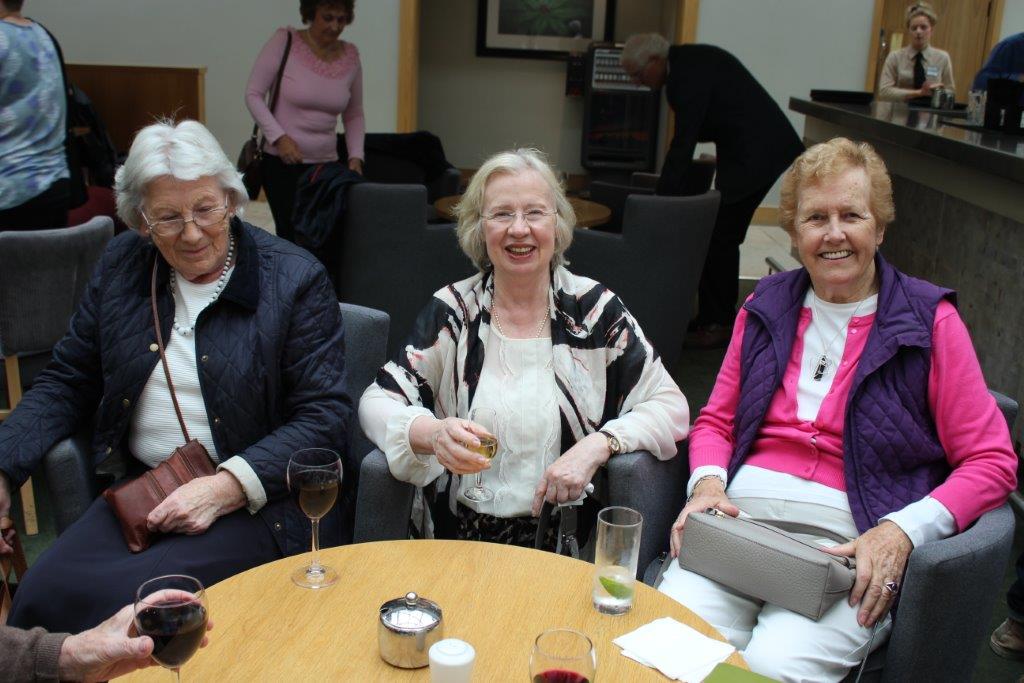 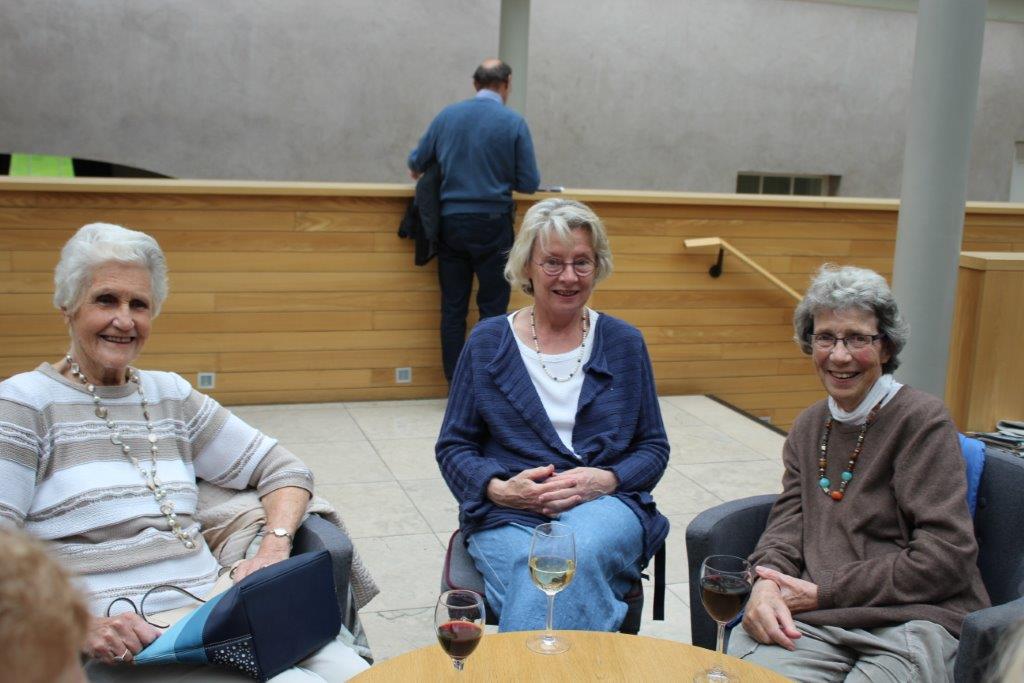 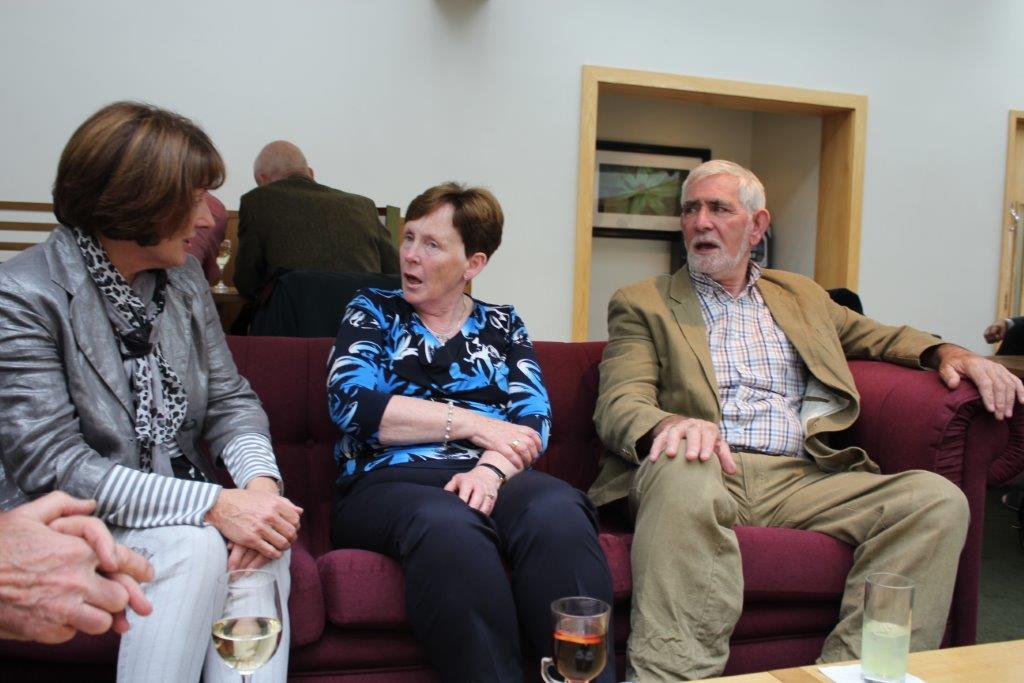 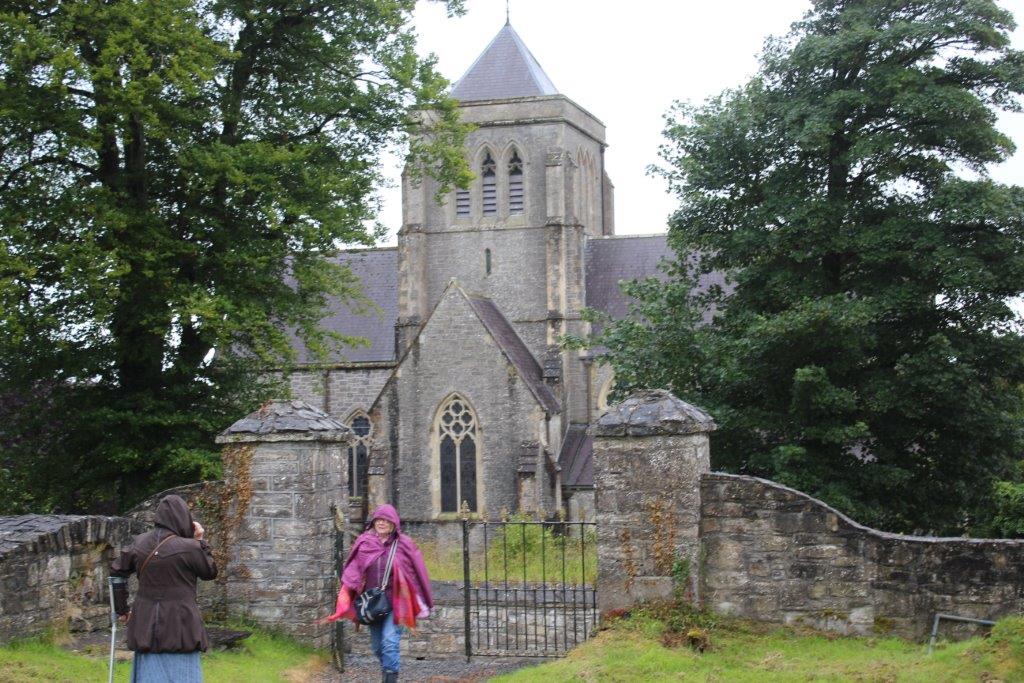 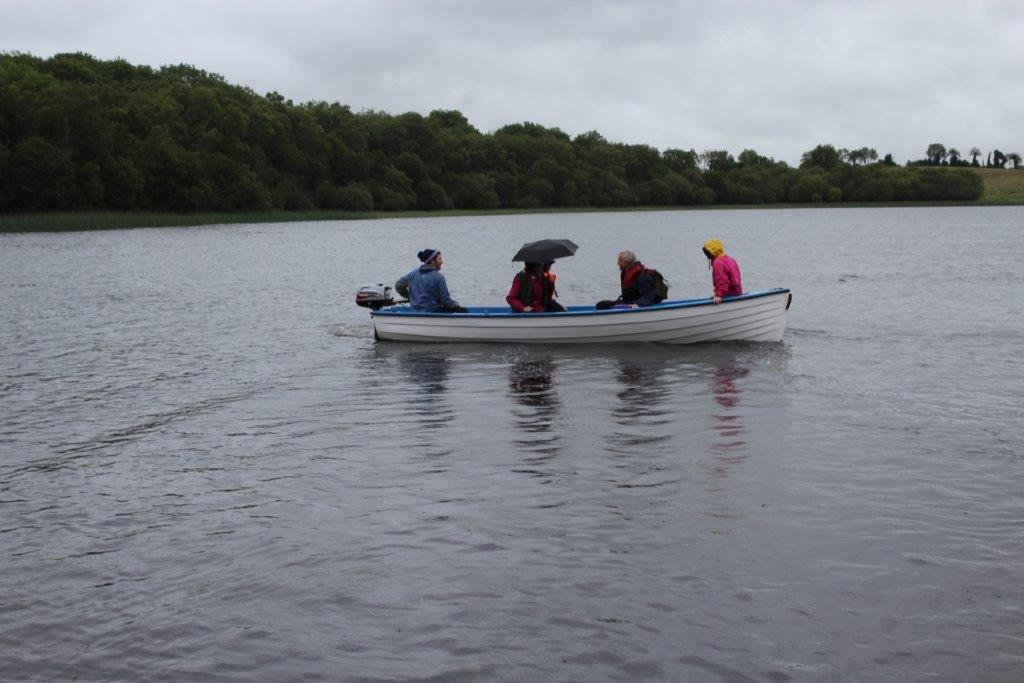 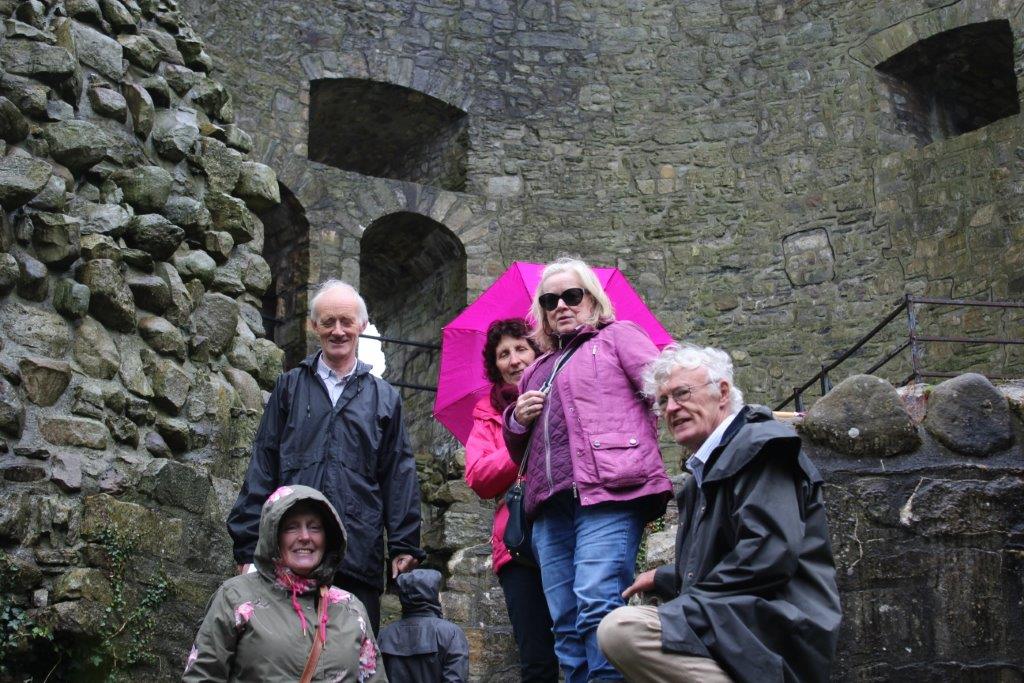 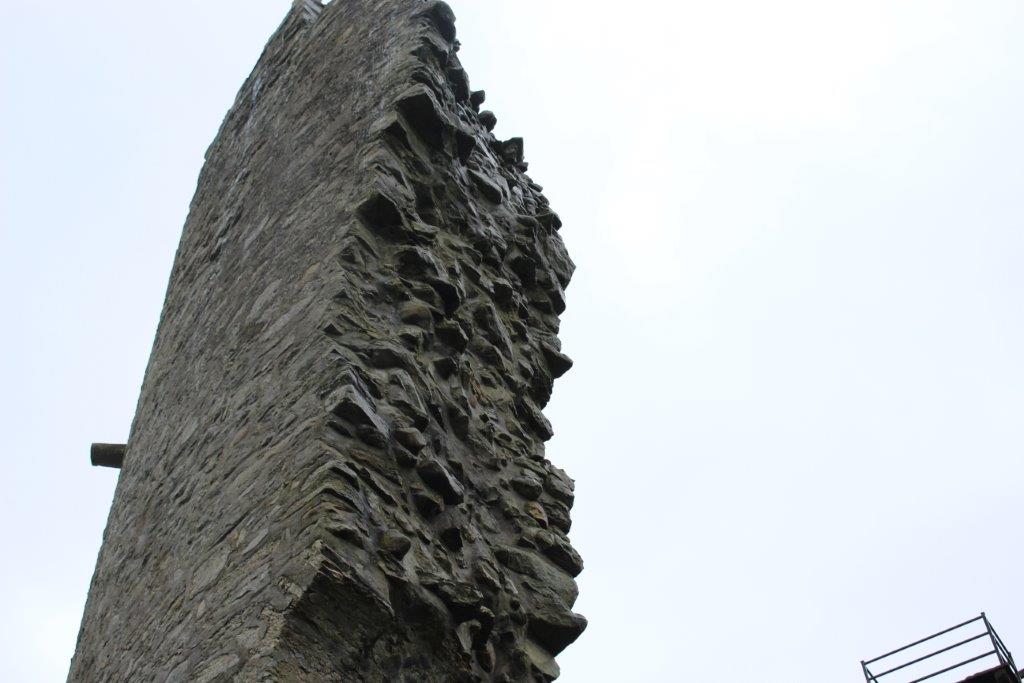 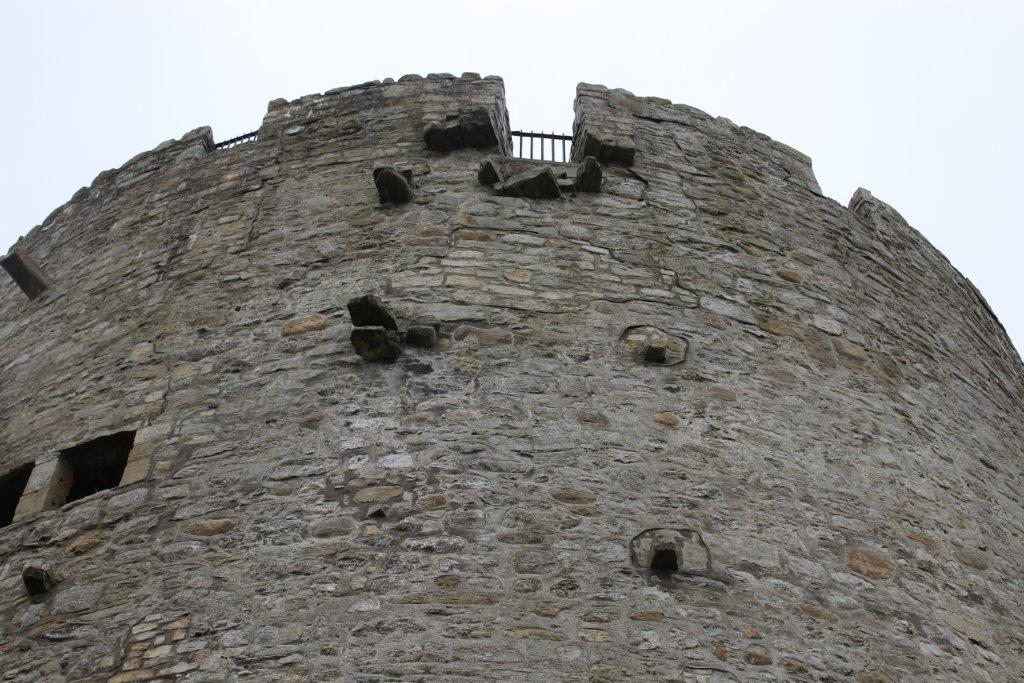 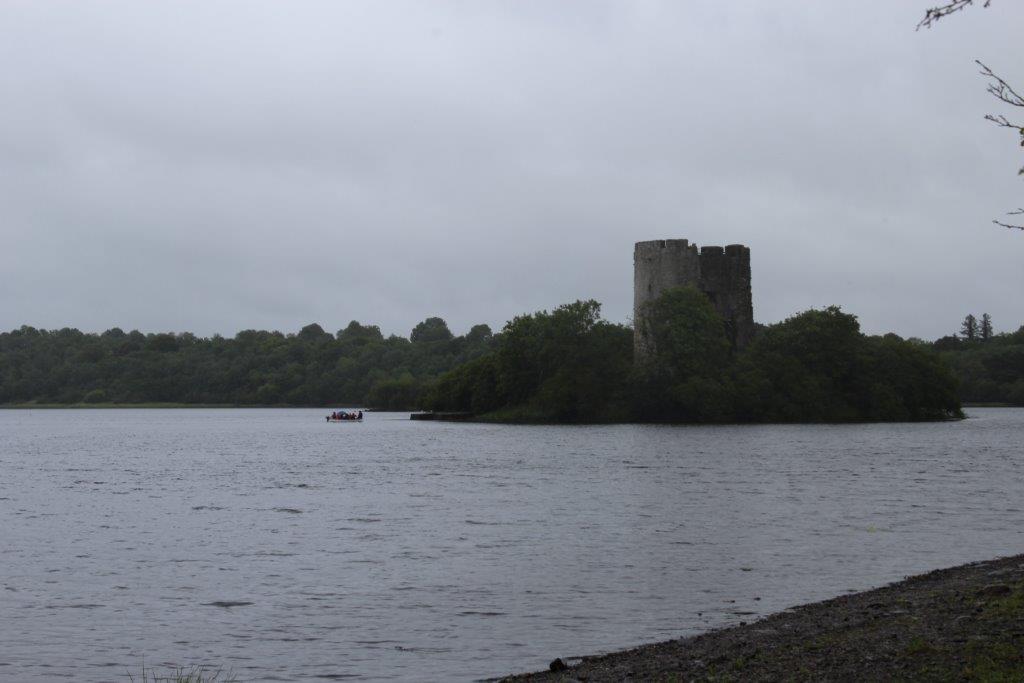 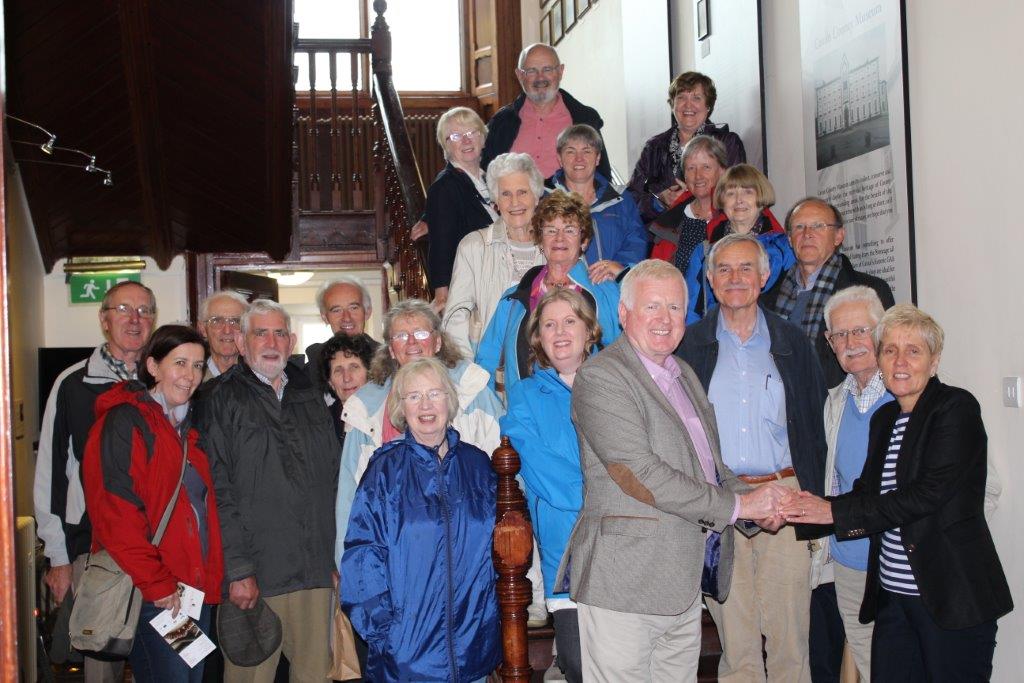 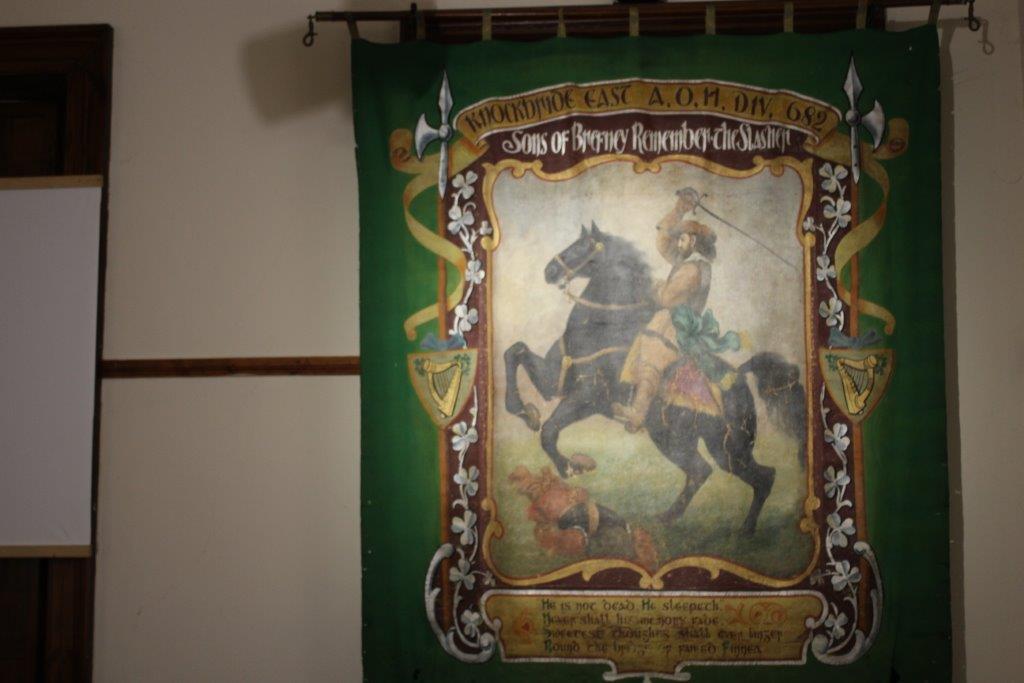 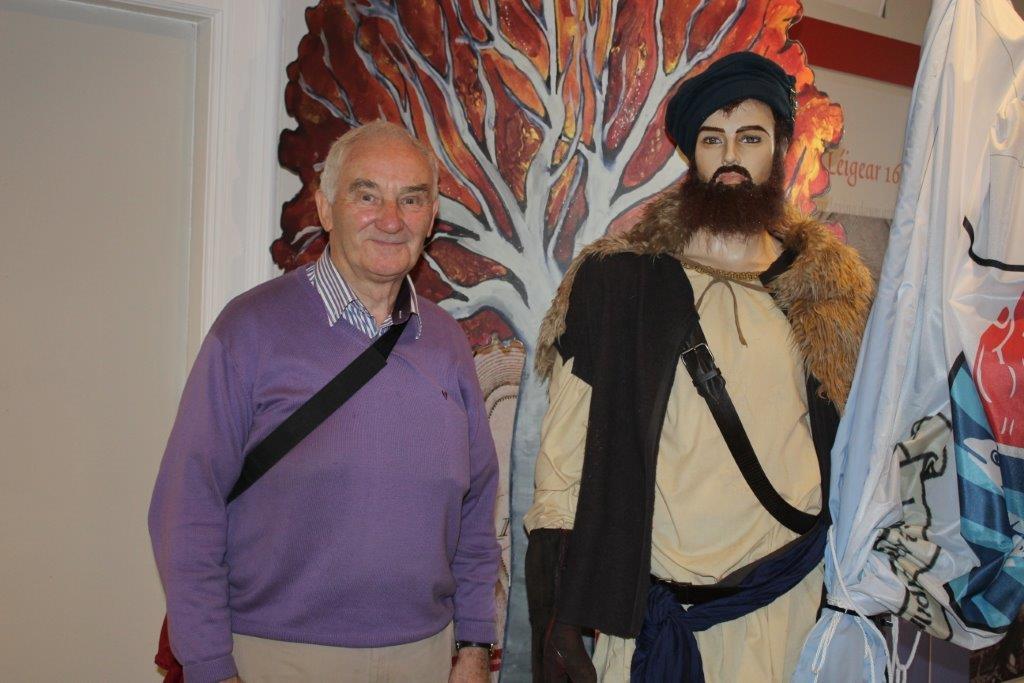 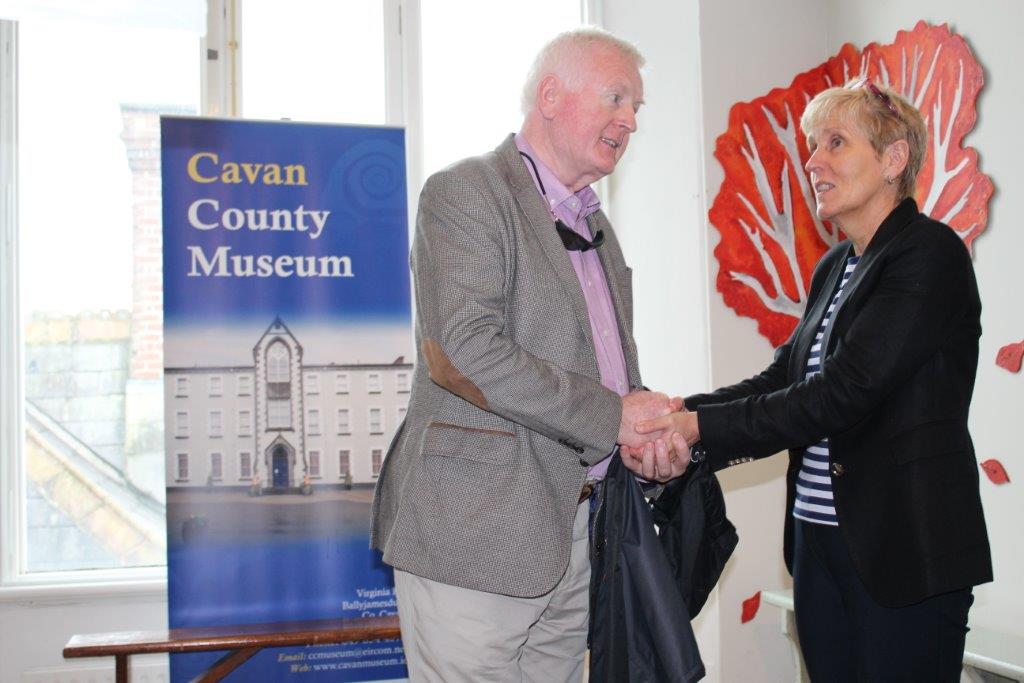